Do I Need to Control Powdery Mildew on Infused Products? Infused marijuana products are one of the most lucrative aspects of the cannabis market. In 2015 alone, the state of Colorado legally sold almost 5 million infused edible products. This represents the market share of just one state in which recreational marijuana is permitted. Given that numerous other states have legal medical marijuana, this represents millions of infused products sold each year. Unfortunately, the quality control measures taken by growers vary widely depending on state or local laws. Most growers try to control powdery mildew on the plants they cultivate, taking measures to decrease the spread of fungal diseases in cultivation rooms. However, many producers are more lax when it comes to the need to control powdery mildew on infused products. They either do not see the need or do not understand how powdery mildew can impact the quality of the final product. Learning whether and why you need to control powdery mildew on infused products can help you make a clear plan of action to get rid of this fungal disease.

Do I Need to Control Powdery Mildew on Infused Products?

After cannabis buds and plants are harvested, they are typically processed before being made into infused products. Because the plants have been harvested, many growers think that they are immune to any pathogenic threats. After all, harvested plants are not living in the same way a growing plant is, right? Wrong. Powdery mildew spores can still take hold in harvested buds, leading to catastrophic results.

How to Control Powdery Mildew on Infused Products 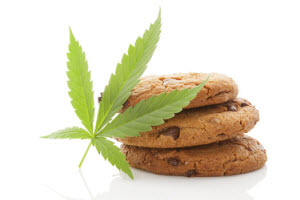